Local teen racing toward bright future on the track

Local teen racing toward bright future on the track 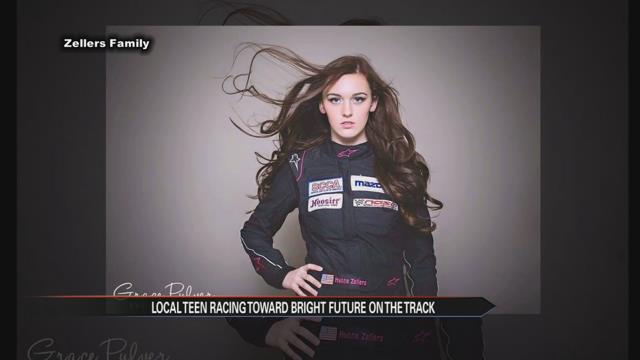 Over the last decade, 18-year-old Zellers has traveled the country, winning championships like it’s her job and that’s because it may as well be.

When she was 7 years old, her father, a race car driver in his own right let Hanna inside of a go-kart and the rest was history.

Last year, Zellers competed in the SCAA US Major Tour for Formula Enterprise Racing, an enormous step for the future she’s racing towards.

“My dad, he’s just a working class guy that wanted to put me in a car and found the money to do it somehow, and we’re still doing it, now we’re just trying to find companies we can partner up with to take me racing professionally so that’s what I’ve been working on daily pretty much,” Zellers said.

Hanna also says that everything she’s ever done in her life has been for racing and at one point her mom even told Hanna’s teachers she won’t be Einstein, she’s going to be a race car driver.