A Matter of Perspective: What Makes the Rolex 24 Special? 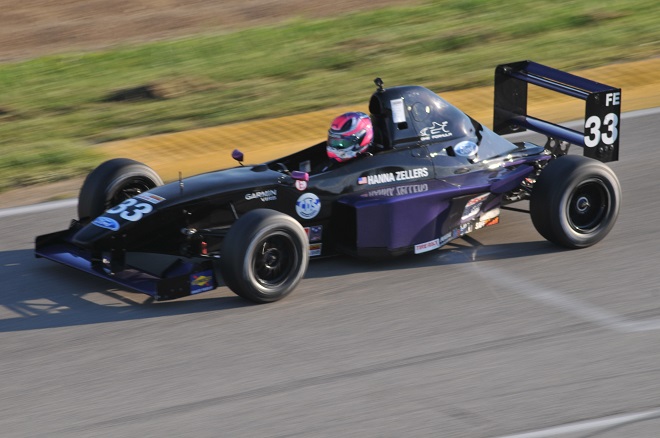 Hanna Zellers of Granger, Ind. started third in the No. 23 HZ Motorsports/One Formula Racing Formula Enterprises, but fell back on the first lap. Then she ran one of the smartest races of the day to finish second, and along the way she set the fast race lap of 1:30.563.

SCCA favorite Scott Rettich won the race handily, but the battle everyone was watching was the three-way scramble between Dean Opperman, Paul Schneider, and Zellers. She hung back in fourth and allowed Opperman and Schneider to wear each other out before making her move.

“For the first third of the race, I was worried that there would be an incident right in front of me,” Zellers says. “I figured that anything can happen, so I was focused on driving smooth and hitting my marks. I just wanted to let Dean and Paul do their thing.”